A second focus of the Love Laboratory is the design and implementation of protein design tools used to explore the role that protein thermal stability plays in protein function. In one project a series of enzyme substrates, which were specifically designed to possess different thermal stabilities, were engineered and tested as substrates for the enzyme Ubiquitin C-terminal Hydrolase-L3 (UCH-L3). The engineered substrates consisted of protein-G variants (a small, 56 amino-acid test protein utilized extensively in the field of protein design) that are genetically fused via an α-linkage to the C-terminal of ubiquitin (i.e., ubiquitin and the protein-G variants were expressed as one protein from a single gene). The protein-G variants differed in thermal stability and spanned a thermal melting range from 20° to above 100° C. The exact in vivo biological function of UCH-L3 is currently not fully understood but it is thought that the enzyme functions to hydrolytically cleave peptides or amino acids from the C-terminus of ubiquitin that may be remnant of the cleavage/degradation process that occurs at the proteasome. There were a number of significant findings generated from this work. We determined that the catalytic rate of UCH-L3 is directly correlated to the thermal stability of the attached protein-G variants and that for the ubiquitin/protein-G fusions the melting temperatures of the fused constructs always take on the melting temperature of the less stable protein-G variants. These findings also provide insights into the highly conserved nature of the multifaceted protein ubiquitin. To further explore the evolutionarily selected biophysical parameters of ubiquitin we recently generated additional fusion variants in which ubiquitin itself has been engineered to possess variable thermal stability. We believe these experiments will ultimately provide additional insights into important biophysical parameters of ubiquitin; a unique protein that is has 100% amino acid conservation in animals (including drosophila and humans) and is 96% conserved between animals and fungi. 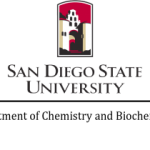